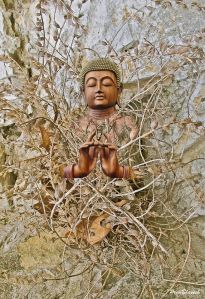 Time and again the Buddha stressed the need for effort, diligence, exertion, and unflagging perseverance in working for our own deliverance. The Buddha points the way, but it is us who must walk along the Path, a task that demands energy. This energy is to be applied to the cultivation of the mind, which forms the focus of the entire path. The starting point is the defiled mind, afflicted and deluded; the goal is the liberated mind, purified and illuminated by wisdom.

Energy, the mental factor behind Right Effort, can appear in either wholesome or unwholesome forms. The same factor fuels desire, aggression, violence, and ambition on the one hand, and generosity, self-discipline, kindness, concentration, and understanding on the other. The exertion involved in Right Effort is a wholesome form of energy, but it is something more specific, namely, the energy in wholesome states of consciousness directed to liberation from suffering, informed and guided by Right View and Right Thought, in association with the other components. Otherwise, as the energy in ordinary wholesome states of mind, it merely engenders an accumulation of merit that ripens within the round of birth and death; it does not result in liberation from samsara.

The unwholesome states are the defilements, and the thoughts, emotions, and intentions derived from them, whether breaking forth into action or remaining confined within. The wholesome states are states of mind untainted by defilements, especially those conducive to liberation. Each of the two kinds of mental states imposes a double task. The unwholesome side requires that the defilements lying dormant be prevented from erupting and that the active defilements already present be expelled. The wholesome side requires that the undeveloped liberating factors first be brought into being, then persistently developed to the point of full maturity.