Who or what is reborn? 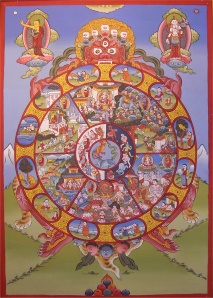 Buddhism teaches us that the concept of ‘I’ is just that —a notion without a true basis, lacking permanence and substance, an emptiness. That which we believe ourselves to be is a conceptual elaboration, imputed upon the five aggregates of form, sensation, perception, volition, and consciousness.

These five aggregates (skandhas) are impermanent and insubstantial. Upon analysis, we cannot find in them anything durable, individually or collectively, because all are subject to change. Yesterday’s form (the body) is not here today, and the mind (which includes the other four aggregates) changes from moment to moment. Sensations arise and subside momentarily, and our perceptions are also transitory; the volitions that urge us to act are mutable, and consciousness (the recognition of experience) lasts but an instant. Even memories are current fabrications that combine elements of the past with present appreciations.

Who or what, then, is reborn? How do we understand that something ephemeral and insubstantial can project itself through time and space, generating a series of different lives? Paradoxically, it is precisely impermanence —constant change— that occasions the rebirth of beings.

When we make contact with an object, sensations arise. We perceive this sensation, and generate an impulse to posses that which we find pleasant, avoid what we find unpleasant, and ignore what we find to be neither pleasant nor unpleasant. We then recognize the volition, and act on it, generating further contacts.

The various lives that we experience are not independent periods of existence. They are simply segments of an interminable chain of causes and effects, a succession of acts and their consequences.

The Buddha says in the Sutra On Rebirth (Bhavasamkranti sutra):

6 Responses to Who or what is reborn?