Nirvana Is Not Nothing 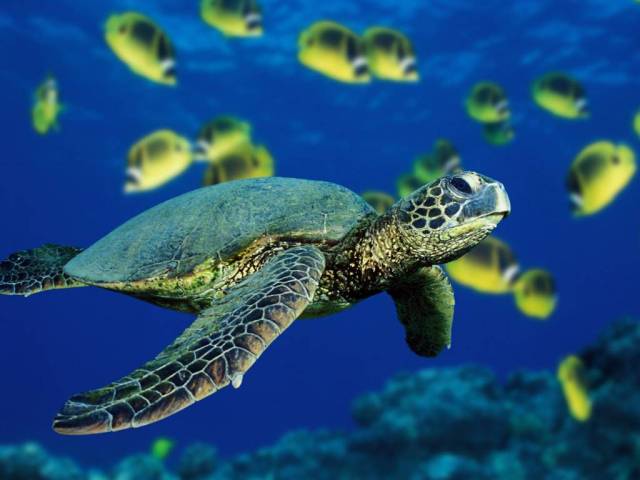 Once upon a time there was a fish. And just because it was a fish, it had lived all its life in the water and knew nothing whatever about anything else but water. And one day as it swam about in the lake where all its days had been spent, it happened to meet a turtle of its acquaintance who had just come back from a little excursion.

“Good day, Mr. Turtle!” said the fish. “I have not seen you for a long time. Where have you been?”

“On dry land!” exclaimed the fish. “What do you mean by that? There is no dry land. I have never seen such a thing. Dry land is nothing.”

“Well,” said the turtle good-naturedly. “If you want to think so, of course you may; there is no one who can hinder you. But that’s where I’ve been, all the same.”

“Is it clear, so that light can come through it?” asked the fish.

“No, it is not clear. Light cannot come through it,” said the turtle.

“Is it soft and yielding, so that I can swim through it?”

“No, it is not soft and yielding. You could not swim in it.”

“Does it move or flow in streams?”

“No, it neither moves nor flows in streams.”

“Does it ever rise up into waves then, with white foam in them?” asked the fish, impatiently.

“No!” replied the turtle, truthfully. “It never rises up into waves, that I have seen.”

“There now,” exclaimed the fish triumphantly. “Didn’t I tell you that this land of yours was nothing? I have just asked, and you have answered that it is neither wet nor cool, not clear nor soft, and that it does not flow in streams nor rise up into waves. And if it isn’t a single one of these things, what else is it but nothing?”

“Well, well”, said the turtle, “If you are determined to think that dry land is nothing, I suppose you must just go on thinking so. But any one who knows what is water and what is land would say you were just a silly fish.”

And with that the turtle turned away and, leaving the fish behind in its little pond of water, set out on another excursion over the dry land that was nothing.